What is a school council and what does it do?

All government schools in Victoria have a school council. They are legally constituted bodies that are given powers to set the key directions of a school within statewide guidelines. In doing this, a school council is able to directly influence the quality of education that the school provides for its students.

Who is on the school council?

For most school councils, there are three possible categories of membership:

Why is Parent membership so important?

Parents on school councils provide important viewpoints and have valuable skills that can help shape the direction of the school. Those parents who become active on a school council find their involvement satisfying in itself and may also find that their children feel a greater sense of belonging.

How can you become involved?

The most obvious way is to vote in the elections, which are held in Term 1 each year. However, ballots are only held if more people nominate as candidates than there are positions vacant.
In view of this, you might seriously consider

Do I need special experience to be on school council?

No. What you do need is an interest in your child’s school and the desire to work in partnership with others to help shape the school’s future.

What do you need to do to stand for election?

The principal will issue a Notice of Election and Call for Nominations following the commencement of Term 1 each year. All school council elections must be completed by the end of March unless the usual time line has been varied by the Minister. If you decide to stand for election, you can arrange for someone to nominate you as a candidate or you can nominate yourself in the Parent category. DET employees whose child is enrolled in a school in which they are not engaged in work are eligible to nominate for parent membership of the school council at that school. Once the nomination form is completed, return it to the principal within the time stated on the Notice of Election. You will receive a Nomination Form Receipt in the mail following the receipt of your completed nomination.

Generally, if there are more nominations received than there are vacancies on council, a ballot will be conducted during the two weeks after the call for nominations has closed. 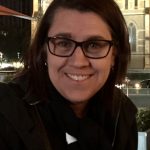 My name is Tanya Caruana and I have two children who attend Cranbourne Carlisle. I am currently employed in a role that supports early childhood educators with inclusion of children within their services. I have also recently completed my Bachelor of Early Childhood Education and hold a current provisional teachers registration. 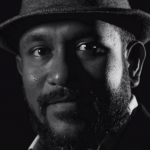 For the past 4 years I have been a parent representative on School Council and I have also held the position of School Council President for 3 of those years. During that time I have been able to see what goes into running a school and the work that goes on behind the scenes. It has been very rewarding to be able to be a part of the school community, and make a contribution to discussions that will impact our children’s learning. I can be contacted at caruana.tanya.t@edumail.vic.gov.au

My name is Ibrahim Latheef and I am commonly referred as Latheef. I have three children attending this school in 2017. I work as a lecturer in primary education and ICTE at Monash University. In the past, I have worked as a primary teacher and a principal.

This is my first year in the school council and it gives me much pleasure to be able to contribute to the development of the school. It is a privilege to work with such a vibrant team here at Cranbourne Carlisle Primary School and my fellow council members. 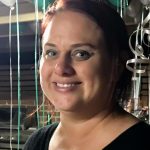 My name is Belinda, I have a son who attends CCPS and a younger daughter who will be attending in 2020. I am currently an instructor at a local dog obedience club and coordinate projects and events for state and national competitions. I joined the school council 18 months ago as I felt strongly that I would like to support the school and be a representative of a typical CCPS parent.

My name is Mike Erihe. I have been on the Cranbourne Carlisle Primary School Council for almost three years as a Parent Representative, and have a son in Year 4 and a granddaughter starting late next year.

I am a retired Air Traffic Controller from Auckland, in New Zealand, and we have been in Melbourne for four years. In all, I have seven children, seven grandchildren, and one wife, and have served on several school councils back in New Zealand.

What impresses me about Cranbourne Carlisle is the diversity of cultural backgrounds that make up the community, and the commitment of the staff. It is important that our children grow up with a better understanding of all peoples and fewer of the prejudices that are common in our society, as well as a solid educational base.

Being on the School Council allows me to have an input and an appreciation of what happens within our school. 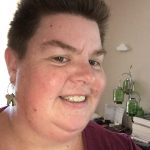 My name is Tracy Isaacs. This is my 3rd year on the school council. During my time I have been taking on some responsibilities to help out. These have been contacting businesses for help with fundraising, organising the Bunnings barbecue for this year and running the barbecue for the Christmas market.

To any new people wanting to be a part of the school council, do it. Don’t ever feel like you won’t fit in.